When it comes to the lore and world design in Genshin Impact, miHoYo has done an incredible job in tying up a rich narrative that is quite deep in some of its philosophical utterances.

The developers have taken a lot of inspiration from the real world to craft Teyvat and the characters who live in them. One of their most inspired sets of characters is perhaps Tsaritsa and her 11 Fatui Harbingers.

While not a lot is known about them and the storyline has just introduced a handful of the Harbingers to the players, these apparent “clan of antagonists” is by far the most intriguing group in Genshin Impact.

For the overall personality design of the Harbingers, miHoYo sought inspiration from a 16th-century Italian theatrical trope called the Commedia dell’arte, formerly known as Italian Comedy.

Many of the Harbnigers’ personality traits have been likened to some of the most popular and stock characters played in this theatrical form. The similarities are quite apparent if they and their theatrical inspirations are studied side-by-side.

What is Commedia dell’arte and how did it inspire Genshin Impact’s character design?

Commedia dell’arte was a popular form of Italian theatre which rose in prominence during the 16th-century. However, it saw a steep decline in the number of audiences by the 18th century, eventually dying out and becoming a lost art form.

The theatrical trope emphasized the use of ensemble acting that employed improvisations and the use of masks and stock situations. Inspirations for the plot were often taken from classic literary traditions, namely the Commedia Erudita, which was a higher form of theatrical art that followed classical texts written by earlier Italian or Ancient Roman authors.

Inspirations for Commedia Erudita were often drawn from the works of Roman dramatists, namely Plautus and Terence, along with the 14th-century Italian humanist Giovanni Boccaccio. Because of this very reason, the language of the Erudita was more suited for higher society, while Commedia dell’arte fit the needs of the common masses by being more vernacular.

Actors of the Commedia dell’arte, who specialized in one singular role, were often known to hone their skills to the point that granted them unmatched “comic acting techniques”. These singular acts allowed the theatrical form to have a tremendous amount of popularity during the Renaissance, and helped the trope spread throughout Europe in a very short amount of time.

In Commedia dell’arte, the masks themselves represented the characters in the play, and this is very similar to how the Fatui Harbingers are always seen with their masks in Genshin Impact (so as to use their delusions).

While most of the masks set out as stock characters in the play, individual performances from talented players often made these characters notorious and well-known. This is where the members of the Fatui Harbingers come in, as miHoYo has woven an intricate thread in representing these character tropes in Genshin Impact.

Pantalone: The Snezhnayan economist and the Venetian merchant

The Pantalone mask plays the role of the merchant in both Genshin Impact and Commedia dell’arte. In the play, he is represented to be a self-absorbed old man, who objectifies women and is completely obsessed with his money.

While Pantalone is yet to be introduced properly in Genshin Impact, players have already gotten some hints on the role that he plays for the Fatui. Pantalone is the brain behind Shezhnaya’s economic policies. He is also considered to be a lavish spender, and is known to frequently book the entire Goth Hotel in Mondstadt. His personality traits are yet to be showcased in Genshin Impact.

However, if miHoYo stays true to the Commedia dell’arte liturgical trope, the Harbinger won’t be too far off from his literary inspiration.

Dottore: The Abyss enthusiast and the Bolognese doctor

In the Commedia dell’arte, Dottore Gratiano was originally a Bolognese lawyer or doctor who was often portrayed as gullible and lecherous. He had a pedantic way of speaking and often had no regard for those who were below his social standings.

Gratiano is primarily shown to be a close confidant of Pantalone. However, the relationship between the two depends from play to play. Wwhile they may be friends in one rendition, they might be bitter enemies or rivals in the very next.

A great deal of Gratiano’s personality is reflected in Genshin Impact’s Dottore. While he is not yet introduced in the game but portrayed in the manga, the Harbinger is one of the most ruthless Fatui in the game. 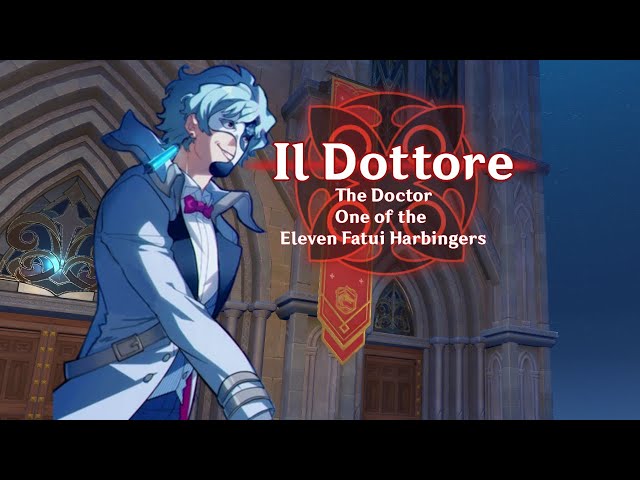 In the manga, Dottore plays a key role in the narrative of Genshin Impact, especially in the story that leads up to the events in the game. He is represented as one of the main antagonists, who is interested in the Abyss Order and is often seen experimenting with Ruin Guards.

His ambition and total disregard for human life even lead him to experiment on his own subordinate, Krupp. Sumeru had shunned him for his radical ideas, and he did not hesitate to join the Fatui when Pierro came with an invitation.

In Genshin Impact, Capitano and Scaramouche are shown to be two completely different characters. However, in Commedia dell’arte, one is shown to be the evolution of the other.

Capitano began as a caricature of the Spanish braggart soldier, who often gives into boasting of foreign exploits while being a coward in actuality. This is in stark contrast to what players know of the Harbinger in Genshin Impact. 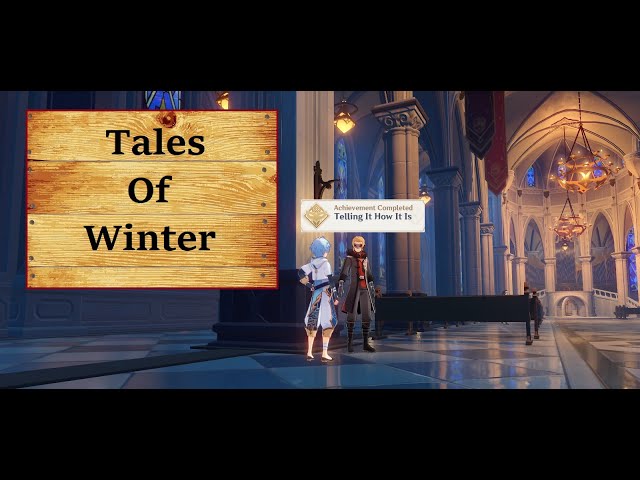 During the Tales of Winter questline, the Traveller comes across the Fatui member Viktor, who praises Capitano a lot and comments that he would rather work under him than under La Signora. This gives players a very favorable opinion of Capitano, which is quite contrary to how the play has represented him in the past.

Additionally, in the Commedia dell’arte, Capitano did not remain Capitano as his mask was evolved into Scaramouccia by Tiberio Fiorillo in Paris. It happened when he and his troupe decided to change the original character to better suit French taste.

This was how Scaramouche was born in the play and turned into one of the primary characters of the theatrical trope, 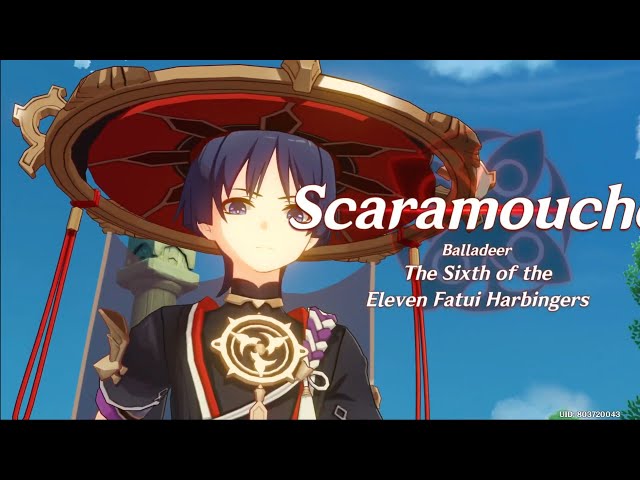 Unlike the case of Capitano, the Scaramouche in the play and the one in Genshin Impact resemble each other very closely. They are both irritable, egotistical, rude, and always carry an air of superiority around them.

After evolving from Capitano, Scaramouche is one of the very few characters in the play who is not known to wear a mask, which is aptly represented in Genshin Impact as well. While Dottore, Tartaglia, and La Signora are shown to have been carrying their masks with them, all Scaramouche has with him is his Sombrero.

In most Commedia dell’arte plays, women were often represented as stereotypes or even objectified as instruments. They would either play the stock character, or the foil that would bring the vices of the other lead characters out.

Hence, it is quite hard to pinpoint the inspiration that miHoYo had for developing La Signora the way they have done in Genshin Impact. Some might conjecture that she was taken from the mask of Columbina, who was a maidservant and often paired in love matches with Arlecchino, Pedrolino (Pierro), or the Capitano. 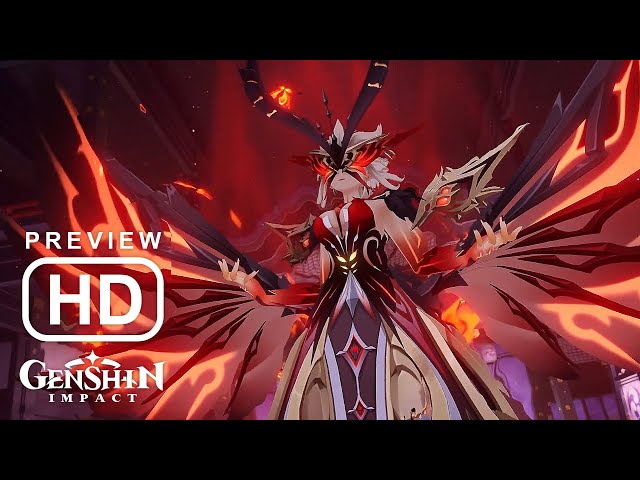 However, this assumption is quite farfetched, and Signora’s cunning and manipulative personality is not seen in any of the female characters in Commedia dell’arte.

Pierro: The first Harbinger and the naive servant

As the first Harbinger in Genshin Impact, Pierro is considered to be one of the most influential characters in the game. Much like in the Commedia dell’arte, Pierro boasts the title of “The Jester” and is considered to be the main antagonist who is pulling the strings behind the scenes.

However, Pierro’s representation in the plays is quite different than the one in the game. Pedrolino, or Pierrot in the French version, is seen as nothing more than a stock character, a simpleminded and honest servant, who is gullible and easily falls for guile and tricks. 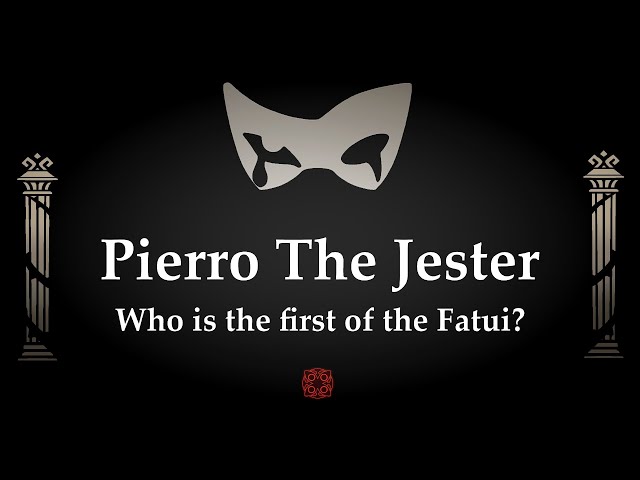 While Pedronilo was not as famous in the Italian theatre, the Frend Pierott grew out of his mask and was rather highly celebrated. While his basic character and nature remained the same, it was the talented players who elevated him to much notoriety, giving him a unique personality of his own.

Pulcinella: The scheming jester and the village dunce

In the Commedia dell’arte, the origins of Pulcinella (male)/Pulcinello (female) date all the way back to the concept of the Roman clown and the “country bumkin”. Much like Pierro, he too plays the role of the jester in the plays. However, he is represented in two very different contradictory lights. 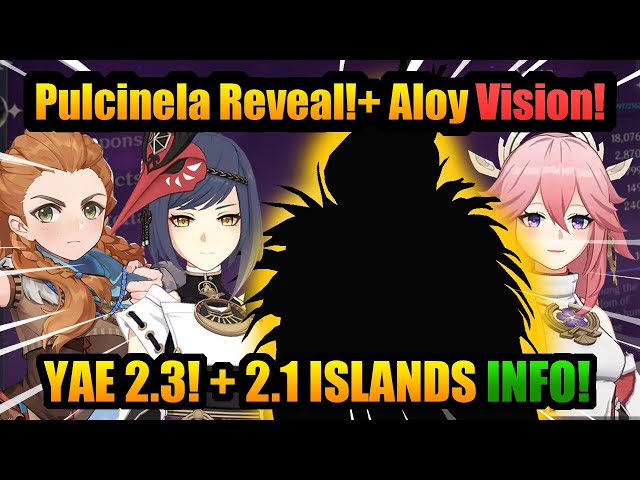 MiHoYo can choose to represent a similar sort of Pulcinella in Genshin Impact, one who plays both sides of the coin. He is yet to be showcased in the story, but from what fans have gathered so far, Pulcinella was instrumental in Childe/Tartaglia’s development and is a very influential character in the Harbinger ranks.

Out of all the Harbingers who have been mentioned in Genshin Impact so far, Sandrone has the least amount of information. He is just briefly mentioned in Childe’s character tale titled Childe: Sigil of Permission. For now, there has been no description of who he is or what his personality is like.

In the Commedia dell’arte, he is shown as a peasant who is crude but has a sort of cunning to his ways. Though a stock character represented with puppets, he is often used to symbolize people of humble origins who are ill-treated and exploited by the upper class. This is why he always has to resort to tricks to make ends meet.

Childe or Tartaglia is the only playable Fatui Harbinger in Genshin Impact at the moment, and it is precisely why players have a firm grasp on some of his personality traits.

Unlike La Signora, Tartaglia is a much more straightforward character. While he was shown to have his cunning and machinations in the Liyue questline, Tartaglia is more drawn to contests of power than schemes.

To him, challenging a tough opponent is much more important than following The Tsaritsa’s doctrines, and this quite aptly represents the character from the Commedia dell’arte. 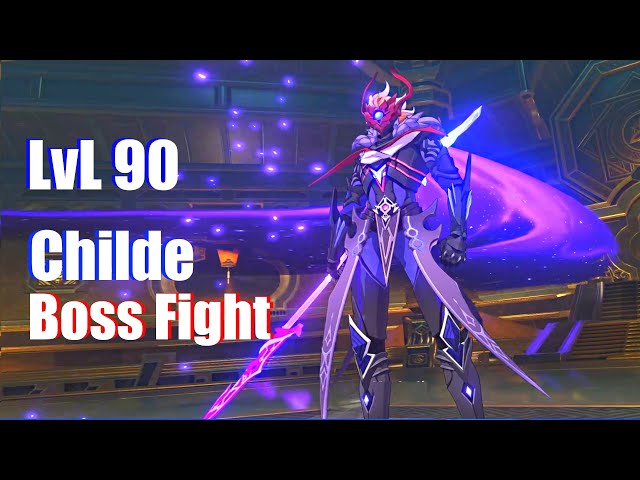 In the plays, Tartaglia is represented as a dainty but very farsighted character. He is straightforward in nature, and in many plays he appears as one of the lovers or the innamorati. His social status might vary from play to play, but he is always provided with a plain profession and dressed in a felt hat and an enormous cloak.

Tsurumi Island is now available, and the Strategy Guides Contest for the new Version has begun!
Come share your knowledge now~

Out of the 11, only 9 Harbinger names are known by Genshin Impact players so far. It would be quite interesting to see which other Commedia dell’arte masks miHoYo would like to introduce as the Fatui Harbingers next.

Genshin Impact and Commedia dell’arte: Studying the Fatui Harbingers and their theatrical inspirations