Masterchef, fourth episode: Marialetizia eliminated bursts into tears. Rita is out too. The fourth evening of MasterChef Italy is a trip around the world with a leap into modern local cuisine with the sparkling Golden Mystery Box and the first Skill Test of the season.

The three judges Bruno Barbieri, Antonino Cannavacciuolo and Giorgio Locatelli decree two eliminations: they leave the Andrealetizia Masterclass, who takes off her apron after a very painful ballot with her boyfriend Nicky Brian, and Rita, greeted with great affection and many tears by her colleagues. 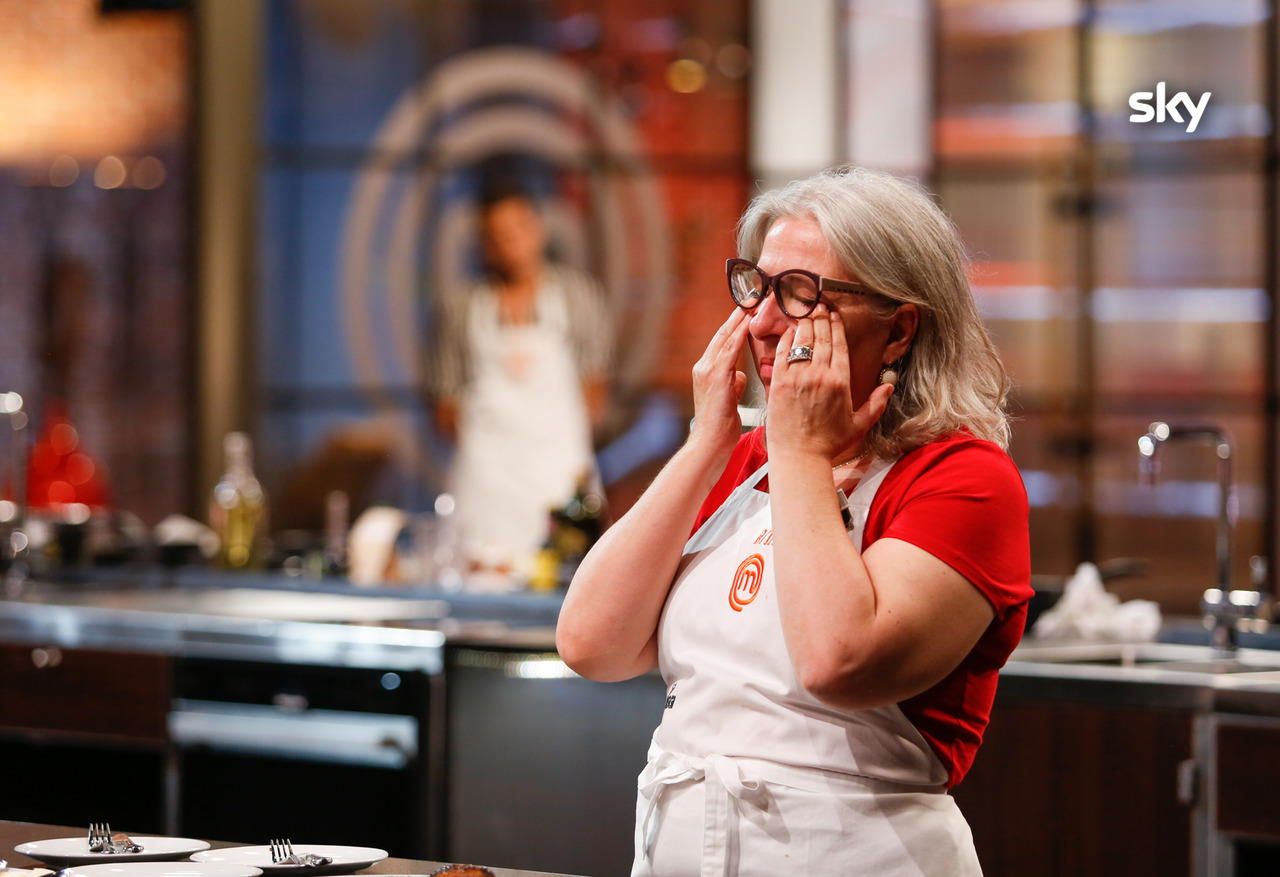 If in the past the Mystery Box was a test often taken lightly by cooks, this week the judges take measures and turn it gold, transforming it into a Golden Mystery Box: for the best, there is the balcony, thus avoiding the ‘Invention Test and the risk of elimination. Inside the sparkling box 10 condiments from all over the world are hidden, competitors must choose one for the preparation of a dish that enhances its flavor: Norwegian Sandefjord butter, Irish Champ, Rouille sauce or Provencal mayonnaise, the Argentine Chimichurri, the Swiss Jäger Sauce, the Mojo from the Canaries, the sour Georgian Tkemali sauce, the Mexican Mole with chilli, the Nuoc Mam based on fermented fish, finally the Japanese Ponzu with rice vinegar. The three judges elect Mime’s Breakfast in Kyoto as the best dish, capable of enhancing the Ponzu sauce, embellished with ginger, clams and scallops. Tracy immediately goes up to the balcony thanks to Norwegian cod, cooked with Sandefjord butter, fried leek and celery centrifuge, green apple lettuce and ginger; Lia, who served up her Dinner in Bangkok like a gourmet skewer of duck and pineapple, with Nuoc Mam sauce on coconut béchamel with chilli pepper and Thai curry sauce; finally the 18-year-old student Carmine, with the OYM (Open Your Mind) dish, tuna tataki with sesame on a Ponzu emulsion, with stuffed fried aubergine, coconut milk and burrata sauce, and basil oil.

After the tour of the world, the Invention Test focuses on modern cuisine where local tradition meets innovation thanks to two special guests: Sarah Cicolini, young chef from Abruzzo with two Gamberi led by Gambero Rosso and owner of the Santo Palato restaurant in Rome presents its Rigatoni alla Pajata with pecorino cream, fresh herbs and tomato concassé; and Diego Rossi of the Trippa restaurant in Milan, chef of the year 2020 for Identità Golose, showing his Vitello tonnato seasoned with tuna sauce and Pantelleria capers, black pepper and salt. Amateur cooks must reproduce one of the two dishes in an original version: the best is Tra me e mamma, Mery’s veal with tuna sauce and seared tuna with fried gherkin, while the worst dishes are Pajata in my own way cooked by Federico, with béchamel. with coconut milk and pecorino cheese with lard and basil; Pajata in three with purple basil and cream of pajata and ricotta, and Pajata ‘a capa’ e sotto with sautéed tomatoes with olives and anchovies on a pecorino and parmesan fondue, cooked by the engaged couple Nicky Brian and Andrealetizia. The judges decide that it is the latter who has to take off her apron and go home, greeting the cookers of MasterChef Italia.

The first Skill Test of the season has the sweet taste of honey, but hides pitfalls and difficulties: three tests each designed by one of the three judges, each cook can conquer safety at any time, otherwise you go ahead and access the level next until the final challenge that leads to elimination. Mery, winner of the Invention Test, conquers two precious advantages thanks to this victory: she can choose who between Nicky Brian and Federico, the worst of the previous test, will already participate in the second step and who only at the last level, and decides to reward the first by giving a single chance of salvation to the competitor of Argentine origin; in addition, she also gets the important opportunity to ask a precious question to the judge who has devised the step that will see her engaged.

The first level concerns the creaming technique, which Chef Barbieri shows applied to his delicious Orzotto with honey and mountain herbs with sautéed snails, garlic and parsley.

In the second level, chef Locatelli asks to make a dish in 30 minutes in which honey is used for the lacquering of the duck and the anti-browning of the vegetables, and shows them his honey-lacquered duck breast with artichokes and chives. Andrea surpasses this step with Sweet and smoked duck (smoked and honey-lacquered duck breast with medlar, onions and snow peas); Polone thanks to Positive Polone (lacquered with honey and pears); finally the 30-year-old Lia with To the farmer non letting know (with pear and potato chips).

The third and final step, to which Federico is added, is dedicated to pastry and chef Cannavacciuolo reveals his delicious dessert with mead, pollen and raw honeycomb, before giving the competitors 70 minutes to prepare a dessert with the same ingredients. Dalia go up to the balcony thanks to the pie Ups I got the idea; Christian with the stuffed cream puff of the same name; Elena for the Api tart on the plate; Federico thanks to Struffoli 2.0; finally Nicholas is also saved with his deconstructed sponge cake with pollen.

The third eliminated of this edition is the 53-year-old entrepreneur Rita from Catania: her fruit tart Never give up, with custard, honey and raw honeycomb does not convince the judges, so she is forced to remove her apron, greeting her colleagues who, in tears, give her a last round of applause.

The fourth appointment of the cooking show, produced by Endemol Shine Italy for Sky, last night on Sky Uno / + 1 and on demand, recorded an average of 829 thousand average spectators with 3.1% share and 1,158,111 contacts, always in in line with the average of previous appointments. In detail, the first episode totaled 883 thousand average spectators and 2.9% share, with a 71% stay and 1,243,738 contacts; the second reached 775 thousand average spectators, with a 3.3% share, 72% permanence and 1,072,483 contacts. On the seven days, on the other hand, the data improved even more: last Thursday’s episodes reached an average of 1,941,000 spectators, once again more than double compared to the first day; the weekly data, moreover, marks a further growth of + 7% compared to that of the previous week.

Masterchef, fourth episode: Marialetizia eliminated bursts into tears. Rita is out too